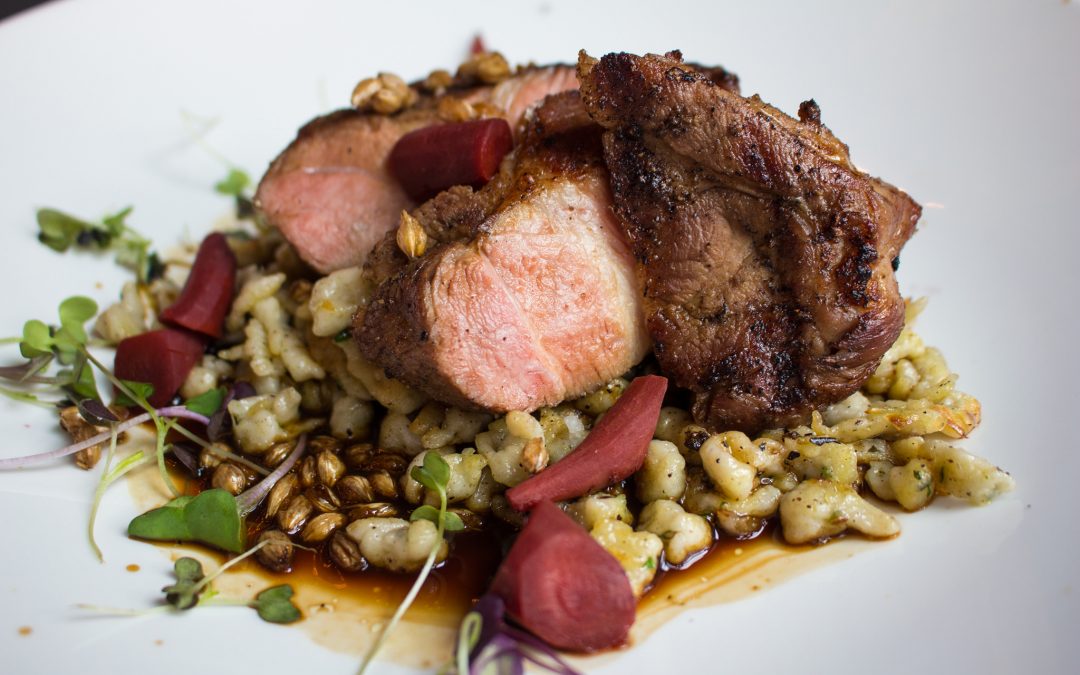 The chef de cuisine at Last Best Brewing and Distilling on how he perfectly paired beer and a barley-focused dish and why he continues to experiment with barley for the brewpub’s menu.

Last Best Brewing and Distilling’s chef de cuisine Adam Trotchie enjoys cooking with barley because it’s versatile, plain and simple. The brewpub’s kitchen boss specializes in Prairie comfort food, so it should come as no surprise that when Beakerhead — Calgary’s annual science, art and engineering festival — tapped him this past fall to create a barley and beer pairing, he was not at a loss for how to concoct the perfect pair.

Adding Barley to the Brewpub’s Menu His pork dish was paired with Last Best’s ever-popular Dirty Bird lager beer and served with spaetzle, created with barley flour. The pork collar was slow-cooked using the sous- vide method and also was steeped in beef stock to give it an extra meaty flavour. The pork was served with a sauce created from wort — the first run product in beer brewing — and the Dirty Bird was the obvious choice to wash down the homey dish.

“It was a natural pairing for pork and barley,” says Trotchie. “The Dirty Bird is a black lager, so it cuts through the richness of the pork very smoothly.”

The ease of cooking with barley has led Trotchie to experiment with it in multiple dishes, including butter-battered barley, which forms a crispy outer shell with a fluffy inside so typical of barley. Trotchie has also experimented with risotto-style barley balls that contain
mozzarella at their core.

Benefits of adding barley to the menu

Trotchie believes barley is in a class of its own for its cooking characteristics, saying the only food that comes close is wild rice, but says barley beats that on a basis of nutritional value, including fibre and taste. “Barley has a nice nuttiness and earthy flavour to it,” he says. “Barley’s very different than plain old rice. The texture, too, has a nice pop and a spongy taste.” On top of that, Trotchie appreciates barley for what it represents: a local, healthy and nutrient-dense prairie staple.