As a marketing slogan, “quality is overrated” never really caught on. That’s because consumers demand the best, and so does a new craft malting facility that recently signed a partnership deal with GoBarley.

“Alberta is known as the malting barley capital of the world and we grow some of the best malt on the planet here in Canada,” said Christopher Fasoli, owner/operator of Hobo Malting Company based in Irricana, Alberta. That’s critical to Fasoli, as his company’s goal is to find Alberta and Canadian-sourced barley and be able to trace it to the farmer who produced it and even the field where it was grown. “We want to provide that traceability to the brewery or distillery. In the craft beer industry, we’ll be the link in the farm to table movement, taking raw barley and transforming it into malt.”

Given his passion for the industry and for sourcing locally, a partnership with GoBarley was almost inevitable. “Through social media, we saw how GoBarley was showcasing the farmer and the variety of uses for Canadian barley,” said Fasoli. “Since that’s my number one ingredient, I reached out to them, arranged a meeting and found that we were an excellent fit.”

Fasoli felt the timing was perfect, as GoBarley, which has always been big on food and nutrition, was branching out to the brewing and distilling side. “I really value the chance to promote my business and Canadian barley at the same time, and the big thing is being able to certify that 95 per cent of my malted barley is Canadian. Getting that GoBarley stamp of approval is priceless.”

Being a maltster as well as an owner, Fasoli is uniquely positioned to appreciate what Canadian barley has to offer. “The maltster can really have fun with it, being creative and making special varieties with unique flavors and colors, so the consumer can reap [or drink] the benefits.”

As well, he noted that Canadian barley is easily sourced and easy to work with, which may explain why one of the foremost training institutes for malt barley is located in Winnipeg.m “People come to the Canadian Malting Barley Technical Centre (CMBTC) from all over the world for training on crafting malt. That speaks volumes for our reputation.”

It also gives Fasoli a lot of hope for the future.m “We’re just in the infancy stages of our partnership right now, but I think as GoBarley evolves in their new sector of craft breweries and I develop my product, there’ll be more opportunities to join forces.” So while some may settle for second rate, Hobo Malting and GoBarley share an appetite for excellence. It’s why they’ve both been successful on their own and why, together, the best is yet to come. 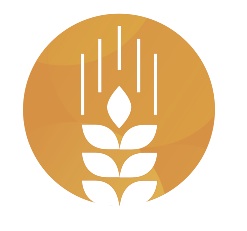