Cooking With Barley: A Q&A With Chef Mike Pigot 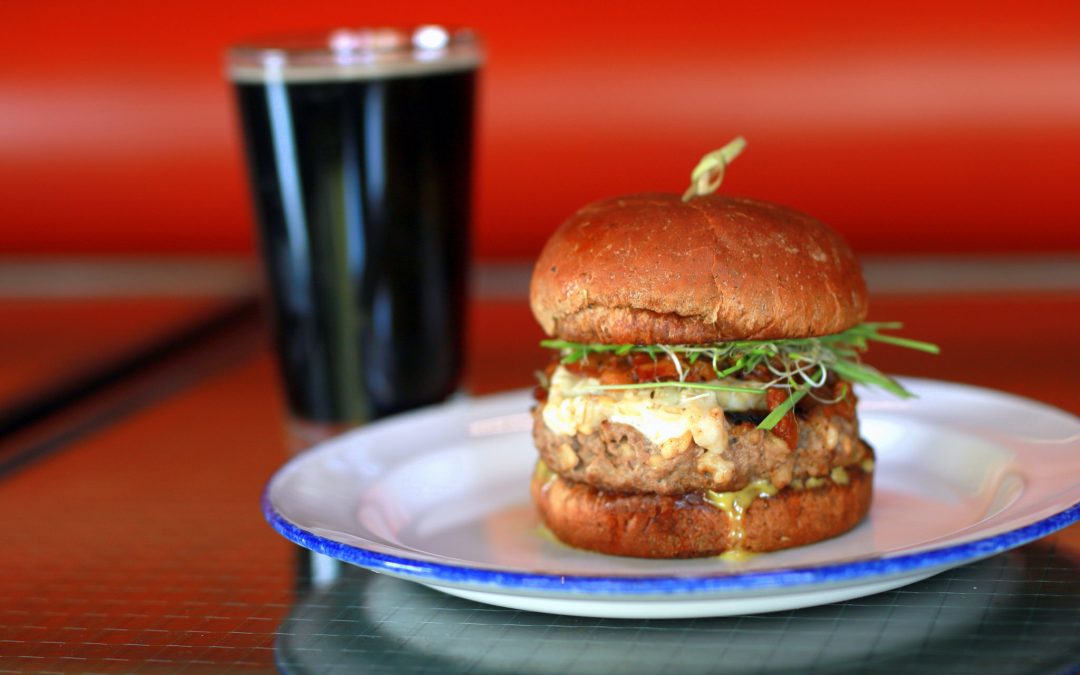 The executive chef at Home and Away discusses the barley-focused dish he prepared for Beakerhead 2017’s Engineered Eats event.

Beakerhead is an annual festival that happens every September in Calgary. It combines science, art and engineering in fun and expected ways. Just one of the events taking place during Beakerhead each year is Engineered Eats, a food event where local chefs use science to create new dishes. This year, the theme was barley and chefs were encouraged to use barley in all its forms to create a barley-focused recipe. That dish was then on the participating restaurants’ menus for the duration of Beakerhead.

Chef Mike Pigot, the executive chef of the elevated bar Home and Away, used barley in a variety of creative ways for his dish. He created an Alberta bison patty that was topped with homemade barley cheese, beer mustard aioli, sprouted barley, and a beer-braised bacon and onion jam. This was all served on a malted barley bun.

Chef Mike Pigot discusses how he used barley in this dish, why he enjoyed experimenting with the grain and what kind of positive feedback he got from his diners.

Q. Can you explain how you made your dish and where the idea to incorporate barley in these various creative ways came from?

Barley is an incredibly diverse ingredient. Once we started to experiment with it, it was easy to see how we could apply barley in a variety of ways to develop flavours and texture. We really incorporated barley into every element of this bison burger: from a small amount of spent barley in the patty, steeped barley to help ‘set’ our cheese, beer in the aioli, freshly sprout barley as our “lettuce,” along with beer to braise our jam and malted barley to make our bun.

Q. How did you make sure the barley flavours complemented the dish overall?

Bison is a lean and bold protein so it pairs well with the earthy and malted elements of the barley. Also, there’s the natural sweetness from our jam and aioli in the dish.

Q. What was the best part of experimenting with barley for this dish?

As a chef, I find it’s always interesting to see how you can stretch an ingredient and experiment to make non-traditional items.

Q. What kind of feedback did you get on this dish?

Being in an elevated bar atmosphere, the dish was an easy sell and people had a lot of interest in it. Pairing the burger with Village Blacksmith definitely helped — the same beer was used the dish’s jam and bun, so it all worked together well. Overall people were surprised that barley could be used in so many different ways, yet this is still a burger that’s approachable and has a ton of flavour.

Q. Why is barley an ingredient more chefs should consider adding to their menu?

I think any connections you make which support a Canadian ingredient and educate your clientele is a no-brainer. Also, being able to use brewers’ spent grains could add a lot to your food program and give you more connections to grow your business.