Bridesmaid no more: Getting Canadians to say, “I do” to barley 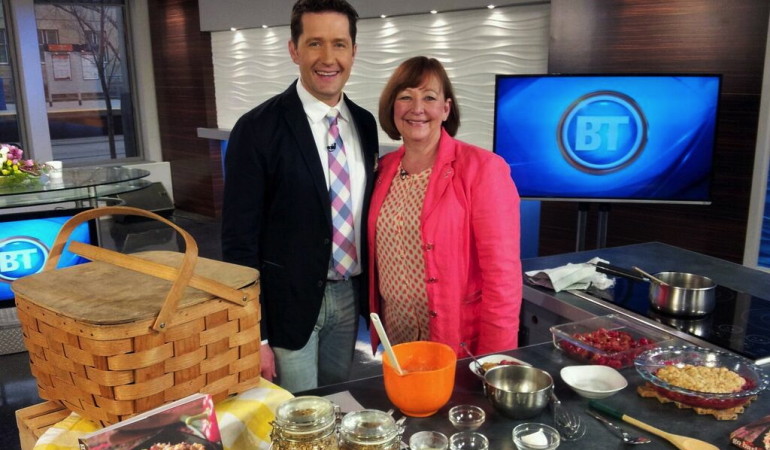 As the saying goes, always the bridesmaid, never the bride.

This phrase is not normally associated with barley; however in recent years, this ancient grain has taken a backseat.

Even though barley has the qualities of a super grain (healthy, versatile and delicious); it still seems to fall short in the eye of the consumer. Whitworth and her team are actively working to change this.

“We want Canadian consumers to fall in love with barley again,” Whitworth said. “Our Market Development projects and GoBarley campaign will ensure they do just that.”

Through the recently published cookbook, Go Barley: Modern Recipes for an Ancient Grain, Whitworth and her co-author Pat Inglis are looking to get the word out about barley like never before. This first-of-its-kind cookbook features more than 100 unique, simple and flavourful recipes.

“It puts a modern twist on an ancient grain,” Whitworth explained.

Since its release in April 2014, Go Barley has become a Canadian best seller. As part of the cookbook’s promotional tour, Whitworth has been across the country, appearing on many Canadian lifestyle shows, including Breakfast Television Toronto and CTV Morning Live in Vancouver.

The success of this tour, and the outpouring of enthusiasm, has shown that Canadians are ready to make barley a bigger part of their lives.

With so many things working in its favour, barley is poised to capture the Canadian consumer market.

If you’re still on the fence, take some time to consider these barley benefits:

It’s good for you

Beta-glucan, a soluble fibre found in barley, has been proven to lower cholesterol. Eating at least three grams of beta-glucan per day helps reduce cholesterol, which is a risk factor for heart disease.

It can be used in anything

Barley is typically associated with beer, cattle feed, or beef and barley soup. However, there is so much more to it. Barley is extremely versatile, has a nutty flavor and adds great texture to soups, stews and salads.

“Food barley is the Swiss Army Knife of the food world. It can be used in grain or flour form, and incorporated into every meal or snack,” said Whitworth.

Not only is barley versatile, it’s Canadian.

“Barley is a great way to eat local,” said Whitworth.

There is a growing concern about the environmental effects of long-distance food transportation, which has sparked the ‘eat local’ movement. Many consumers are choosing to eat locally sourced options, as doing so reduces transportation emissions and supports local economies.

For Canadian consumers, barley is the grain next door. Most of the barley grown in Canada is grown in our backyard—in fact, roughly 50 per cent of Canadian barley is grown in Alberta.

So, what are you waiting for?

There has never been a better time to consider Canadian barley. It’s more than just delicious—it’s versatile, healthy and authentically Canadian.

This is the year that barley gets the recognition it deserves—time to walk the (grocery) aisle and say, “I do.”